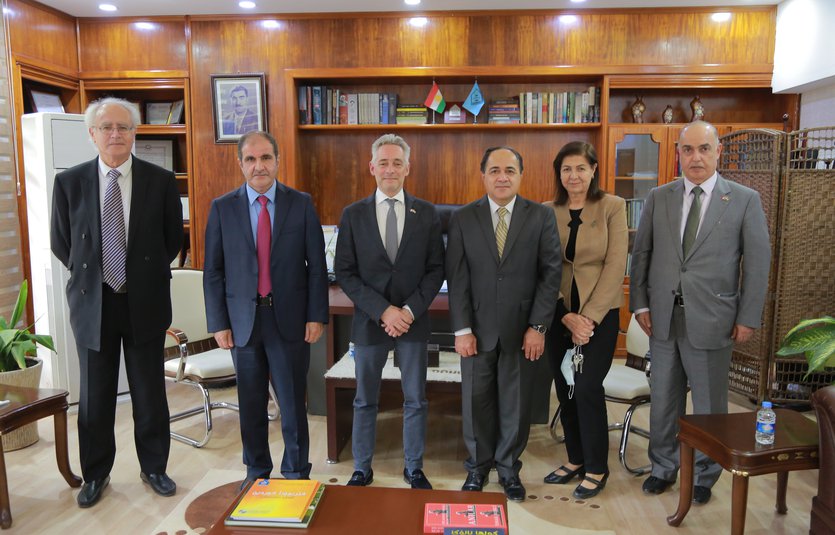 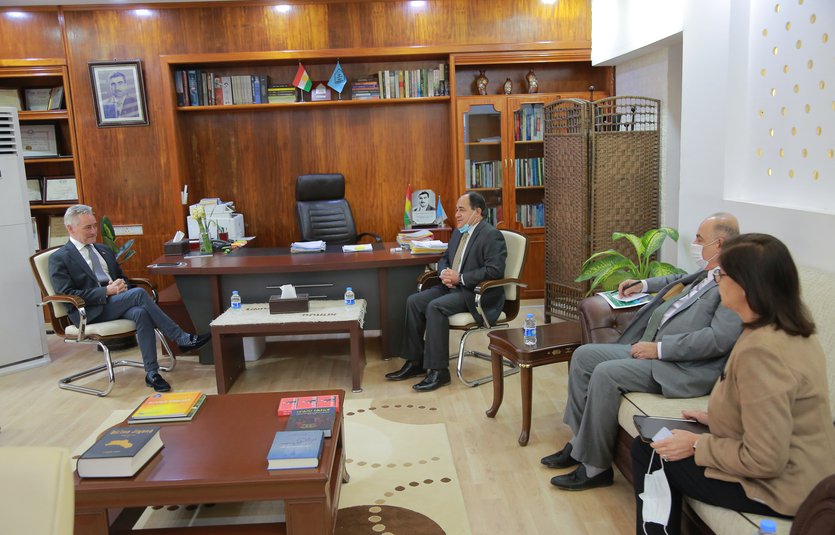 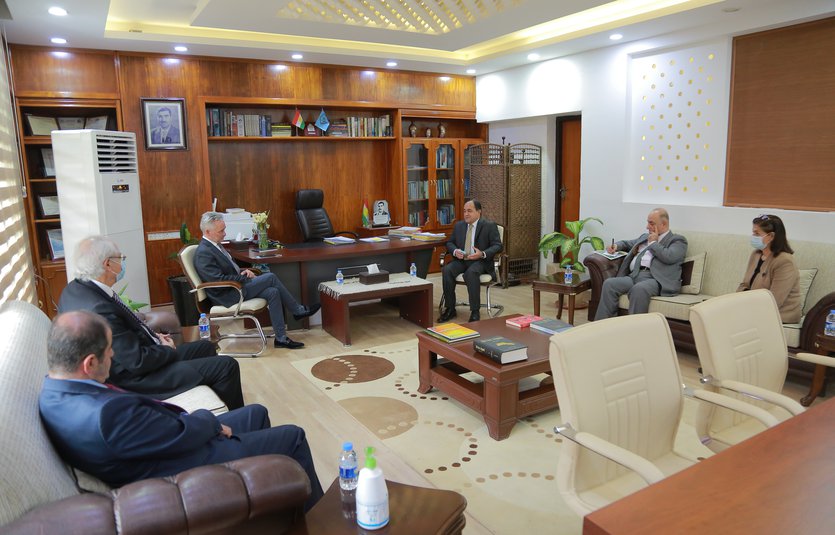 The Head of the Office of the Embassy of Canada in Erbil visited the UoD on November, 28, 2021 accompanied by a delegation from the Canadian Consulate in Amman, Jordon. The guests were received by the UoD Vice-Presidents who aimed, through the meeting, to discuss the current situation of the UoD and the mechanisms for an active collaboration and more substantial mutual relationships.

In the meeting, Dr. Ahmad Mohammed Salih, Vice-President for the Administrative Affairs described the UoD and the various accomplishments it has achieved since its establishment. Similarly, Dr. Lokman Hadi Hassan, Vice President for Scientific Affairs discussed the growing mutual collaborative programs that the UoD has signed with the international universities, especially, German universities. Dr. Rund Hammoudi, Director of the International Relations Office likewise referred to the significance of such collaboration agreements between the UoD and the International universities.

Dr. Ahmad Mohammed Salih indicated that the Head of the Office of the Canadian Office was very happy with the visit and has confirmed their willingness to enhance the academic relationships between the UoD and the Canadian universities. He also asked the vice-presidents to present a formal proposal and hand it to the Consulate to help in establishing a more effective correspondence.