Home Academic Colleges College of Law About us

Dean of the College 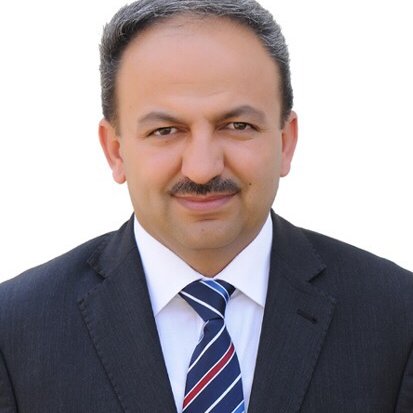 College of Law and Political Science founded in (1997- 1998) academic year as department of law in college of administration and Economic. It became an independent college under the name (college of law and political science) according to the decision of Higher Education and Scientific Researches Council No. 15 in May 22, 1999. The College started to admit students for the year 1999-2000 in Department of Law. Then the college started to admit students to evening study in Dept. of law as well for the academic year of (2003-2004), and this evening study ends in (2013-2014) and no more students have been admitted. This college became a Faculty according to the decision of ministry of higher education No. 2074 in December 12, 2013, and according to the University decision No. 11072 in December 16, 2013. Later on; it became a College again after dissolution of faculty system in 2015. The Collage is located now in the University Camp in Malta.

The duration of study in the college is four years and the students will be awarded a Bachelor in law science and Political science, and this College has two departments which are:

Currently, there are 437 students in both departments, and the teaching staffs are 51 lecturers which include (MA and PhD holders). Furthermore, 1361 students have graduated from the College so far.

In the academic year, 2003-2004, Post-graduate (MA) has been offered for first time in (2003-2004). Currently, 14 students have admitted in different fields which include 7 students in private law, 4 students in public law, 2 students in human rights and 1 student in peace studies and conflict resolution. Moreover, in the academic year (2013-2014), the College started to admit 3 students in PhD degree according to the Split Site System.

The College of law and political science has three centers and one Legal Clinic which are:-

Knowing that, this College held the second international conference under the title “Alternative Means to Resolve legal Dispute” in 12th -14th May, 2015. It is worth to mentioned that this College has a very rich library with scientific resource in law and political science, the number is (24571) resource in (Kurdish, Arabic, and English) languages. Eventually, this College has an electronic library which includes about (2364) sources.

Based on the ministerial order of Higher Education and Scientific Research /Directorate General for Research and Development / Directorate of Scientific Affairs Number (3/7696) on May 29, 2017, the University of Duhok decided in its order number (5316) on July 7, 2017tp open (Legal and Political Research Center) at the Faculty of Law and Political Science / University of Duhok. The Deanery of Law and Political Science has made great effort to achieve this goal, which is one of the most important steps of the college to identify the problems and legal and political shortcomings that affect the work of government institutions, Political, social, environmental etc. This would help to find the most effective solutions to solve the problems and shortcomings by conducting scientific activities in the fields of law and policy.

2. CENTER OF DEMOCRACY AND HUMAN RIGHTS

- It links between theory and practice.

- It teaches students for lawyer arts and case submission.

The legal Clinic arose -by the current form- with the (Justice Program) funded by the USAID, based on the Agreement numbered 106-2014-04 dated 06.25.2014 between the College of Law and Political Science and the mentioned program. The agreement period was 11 months which starts from 01/06/2014 up to 05/31/2015. After the start working in the mentioned agreement; the Dean has submitted a request to the presidency of the University of Duhok for the purpose of setting up a Legal Unit to be called (Legal Clinic) and to be one of the administrative units of the College. Then the presidency of the University of Duhok sent the request to the Ministry of Higher Education and Ministry issued its letter No. 1804712 dated 09/17/2014 to set the Legal Clinic and be regarded as an independent unit belonging to the college.

The services provided by the clinic are as follow:

First: legal representation before the courts and do all the legal procedures after making a procuration to the clinic's lawyer. This representation is limited to vulnerable groups and those with limited income.

Second: providing legal advice to the clinic auditors’ and enlightening them with and legal procedure to be followed in the courts.

Third: awareness campaigns by conducting seminars or offer programs through media such as radio and television or publishing advertisements through newspapers

Fourth: Training students of the College of Law with the legal procedures to be followed in the courts, and the methodology of training is as follows:

1- Theoretical approach: where it is currently giving to students - fourth stage - and by 15 lectures a year to explaining the approach of the clinic and its work.

2- Students from the fourth stage are trained each year through giving them lectures by the clinic's lawyer and display cases that come to the clinic and discuss it with the students and provide solutions.

3- Taking the students to the court to know the procedures to be followed practically in in the court and how to plead.

After the contract period with the program comes to end; the clinic remained operate and exercise its functions and mission despite the financial crisis and the modest means of the college, as an independent unit. The legal advices reached to 10 legal advices from 06/01/2015 up to 09/31/2015, and the number of the legal representations for the same period was 9, although the period in question was part of the summer vacation of the university.

Finally, the insistence of the Dean of the College and the support of the president of the university were the main reasons for the success of the clinic.

The college of Law and Political Science-Duhok University has joined the Scientific Association of Law colleges that are related to the united Arab Universities on 14th January, 2015.