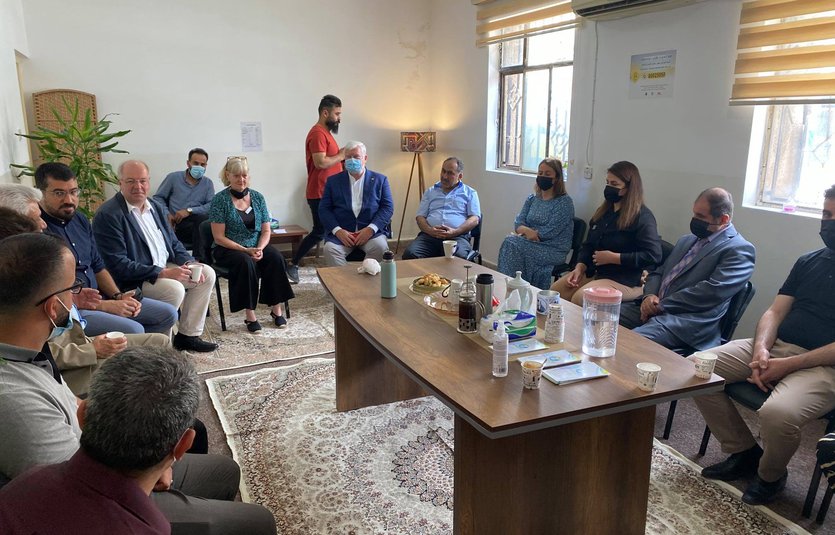 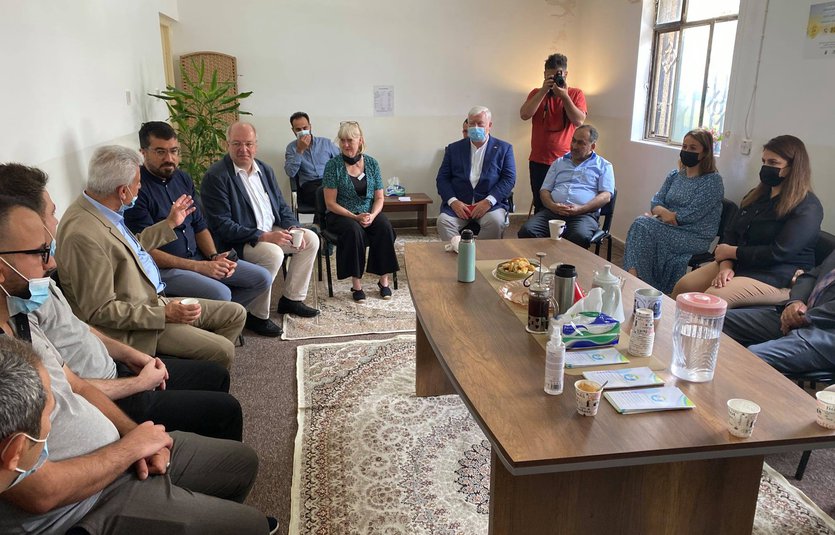 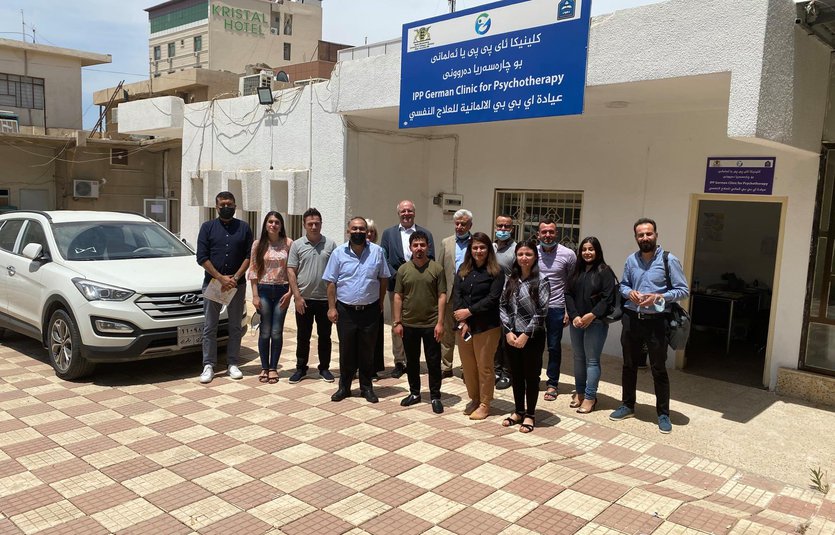 Today, 5/25/2021, a German delegation visited us, consisting of Mr. Yuksel, a member of the state of Nordhein-Westfalen, Mr. Unkel, one of the funders of charitable projects in the state of Baden-Wuerttemberg, Mr. Mullers of the Schwebsch Zeitung newspaper, and Mr. Thomas of the German Caritas Foundation. We received the German delegation at the German psychotherapy clinic at the univerity of Duhok. The delegation was briefed on the progress of work and how to deal with patients. The suicide prevention team from the Institute of Psychotherapy and Trauma Studies presented its activities in the IDP camps and inside the Dohuk governorate. The psychotherapist, Nuri, spoke about the case of a woman in her twenties, as the treatment took about a year, and she was initially refusing to marry because of what she was exposed to at the hands of the criminal ISIS affiliates, but in the end Nuri was able to treat her and after a short time she got married and invited Nuri to her wedding party .. so we are proud The members of our institute are psychotherapists who restore hope and the smile of life for the hopeless victims of the criminal ISIS.

Institute of Psychotherapy and Psychotraumatology -University of Duhok