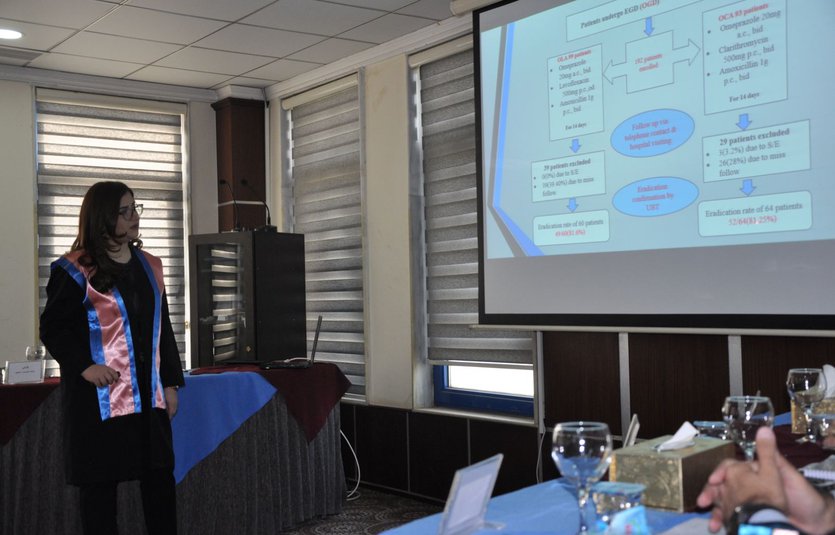 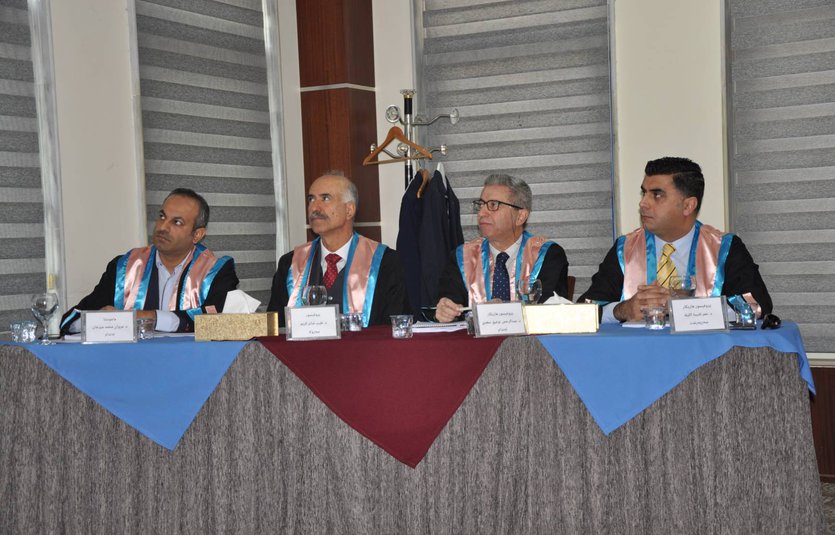 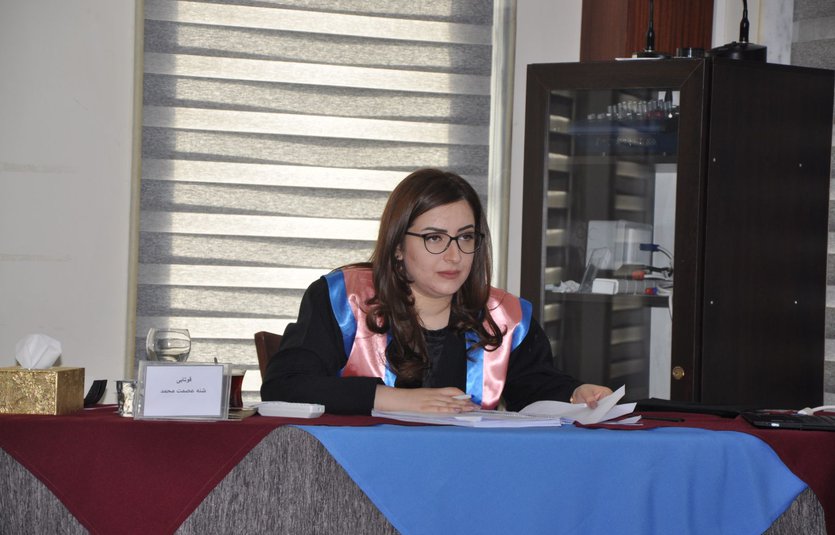 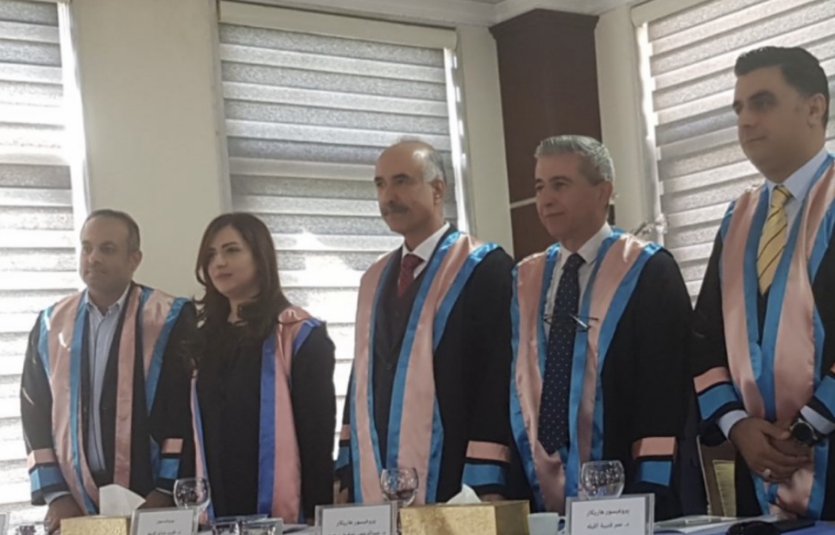 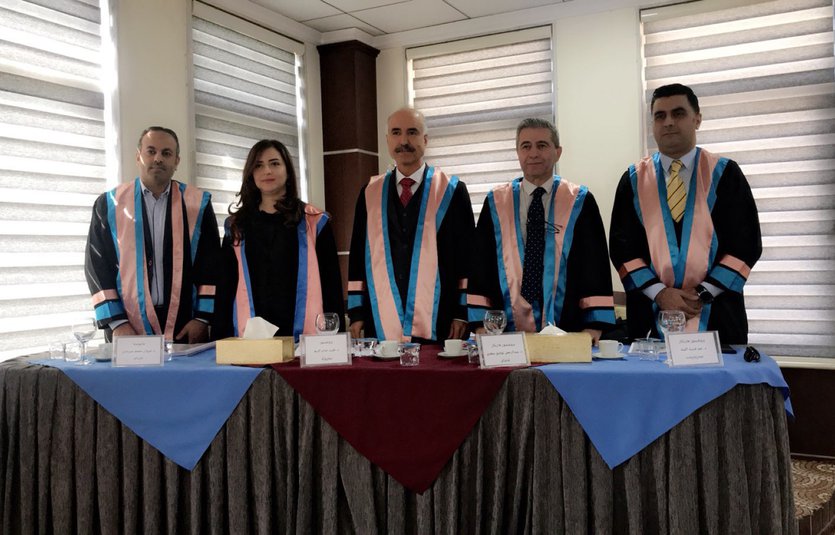 Under patronage of the deanery office of the college of pharmacy at UoD, the M.Sc. thesis of the student “Shina Ismat Mohammed Khaled” under the title of “COMPARISON OF CLARITHROMYCIN VERSUS LEVOFLOXACIN EFFICACY AND SAFETY IN TRIPLE THERAPIES IN THE ERADICATION OF HELICOBACTER PYLORI INFECTION IN DUHOK, KURDISTAN REGION, IRAQ” has been discussed on 21.11.2019 at cultural center-UoD.

It is worthy to mention that this study has been published in a recognized “Journal of Gastroenterology Insights” that belongs to "pagepress" publisher.

ِ- This study was prepared under the supervision of:

- The Scientific Committees were:

Summary of the study:

Helicobacter pylori (H. pylori) infection is described as the most common chronic bacterial infection in human, and is considered a primary cause of dyspepsia, gastritis and gastroduodenal ulcers.

Aim of the study:

This study aimed to evaluate the H. pylori eradication rates associated with clarithromycin-based and levofloxacin-based regimens, and to investigate the factors potentially influencing treatment outcomes, as well as, the adverse effects caused by both regimens.

This is a comparative-prospective, randomised clinical trial study that has been conducted to compare the H. pylori eradication rates associated with a clarithromycin-based regimen and levofloxacin-based regimen. H. pylori infection was confirmed by a rapid urease test during endoscopy and its eradication by a urea breath test. The study has been conducted in the Gastroenterology and Hepatology Centre, Azadi Teaching Hospital, in Duhok. The data were collected through face-to-face interviews with the patients and according to the data collection form. The patients were followed up by the researcher via telephone calls and face-to-face interviews, during and at the end of the treatment protocol based on the study design. The data were analysed by using SPSS 21.0 statistical software.

The success rates of both regimens were high. The rate of adverse effects was higher with the clarithromycin-based regimen than with the levofloxacin-based regimen. High BMI was associated with high eradication failure rates. Further studies are needed to monitor the resistance of H. pylori to antibiotics.