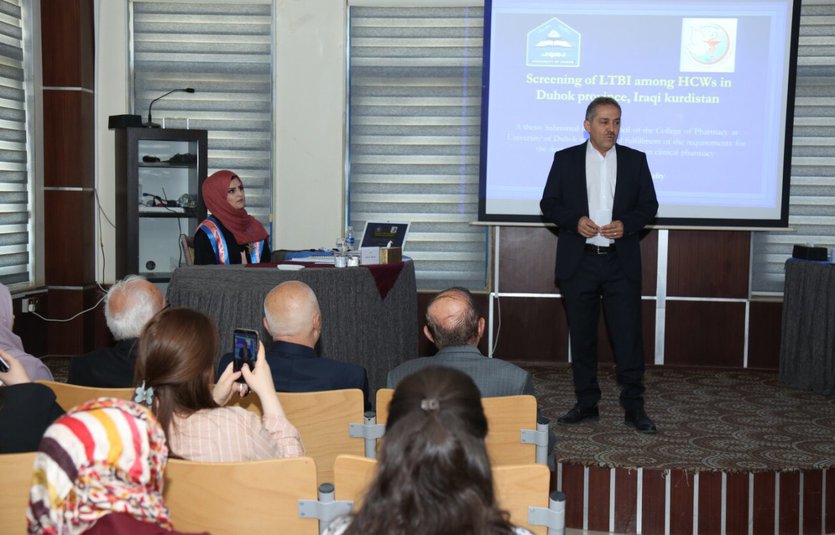 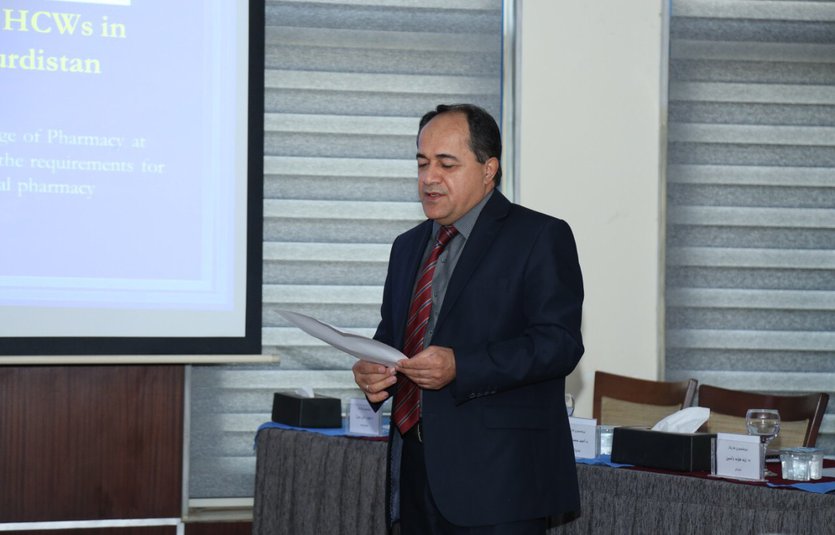 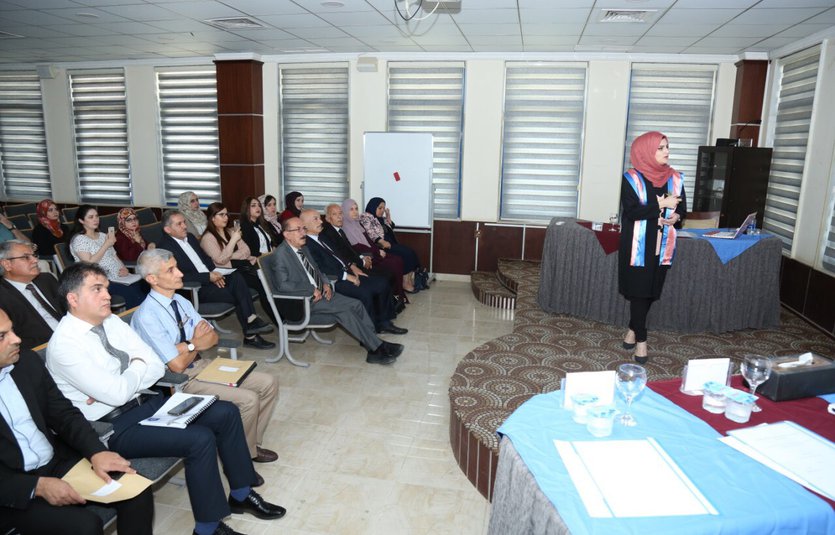 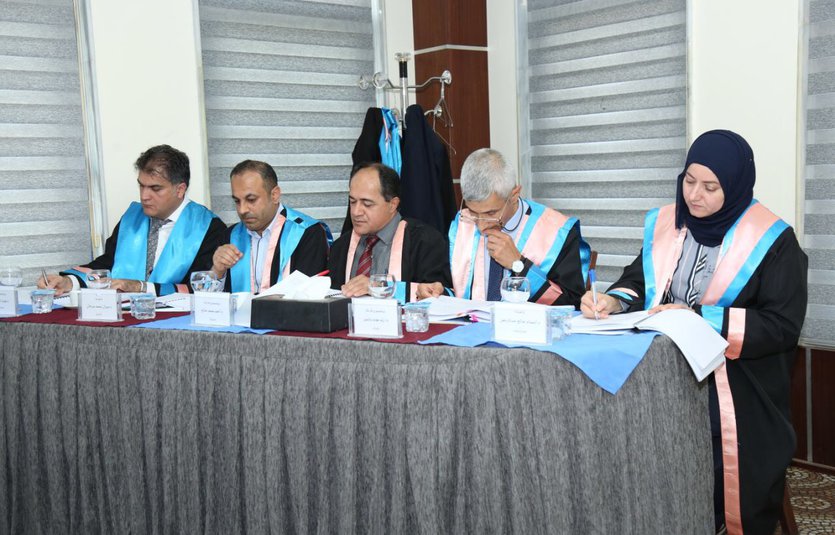 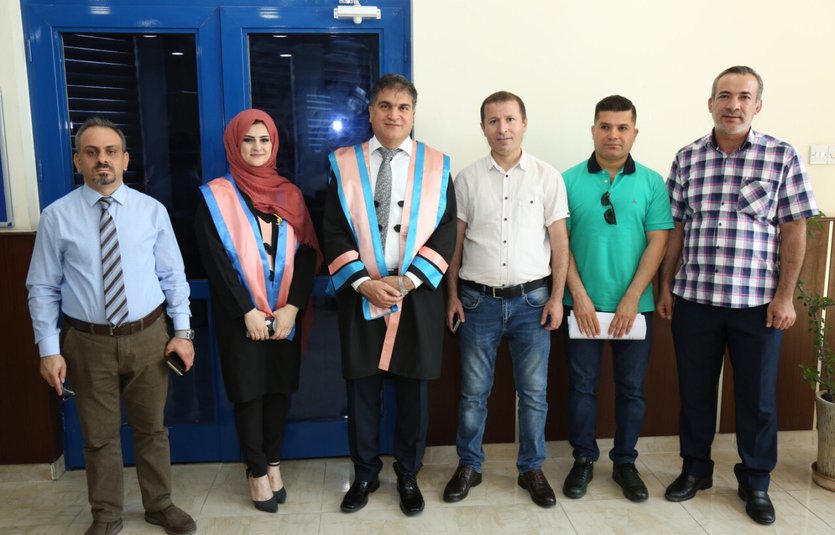 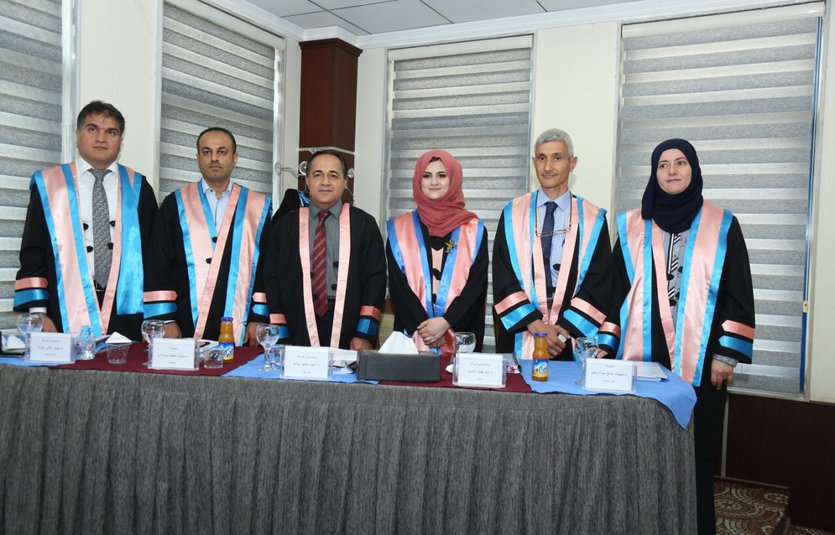 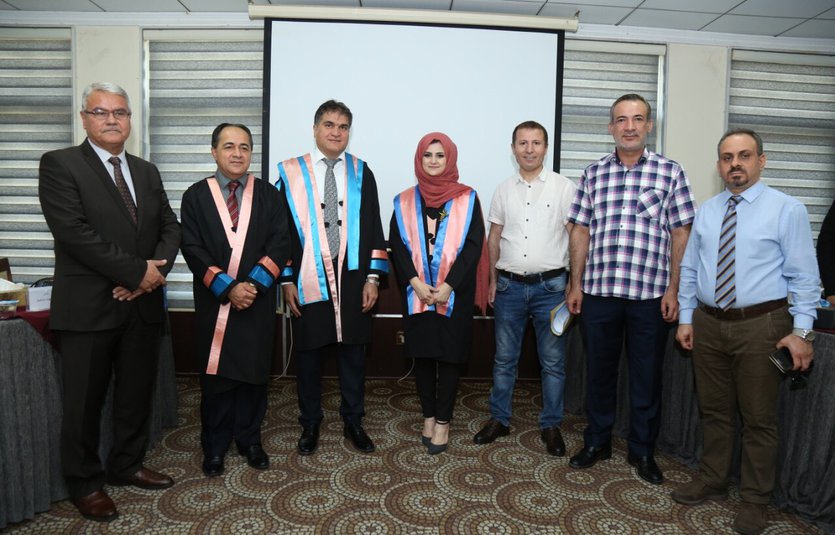 Under the patronage of the deanery office of the college of pharmacy at UoD, the M.Sc. thesis of the student “Hind Bahzad Almufty” under the title of “Latent tuberculosis infection among healthcare workers in Duhok province: from screening to prophylactic treatment” has been discussed on 20.06.2019 at cultural center-UoD.

It is worthy to mention that this study has been published in a recognized “journal of tropical medicine and infectious disease” that belongs to Australian College of Tropical Medicine that is based in Australia and published in Basel, Switzerland.

- This study was prepared under the supervision of:

- The Scientific Committees were:

Summary of the study:

Background: About one-quarter of the world’s population is infected with latent tuberculosis infection (LTBI) according to recent estimates, WHO describes LTBI as ‘a state of persistent immune response to stimulation by mycobacterium TB (Mtb) antigens without evidence of clinically manifested active TB (TB). LTBI is diagnosed generally by tuberculin skin test (TST) and interferon gamma release assay (IGRA), studies showed that IGRA is more specific (97%) than TST especially among people who had received bacille Calmette–Guerin (BCG) vaccination. Health care workers (HCWs) are at higher than average risk of infection with (Mtb) and of developing TB disease. There are currently no data available on the burden and risk of LTBI among HCWs in Kurdistan region generally and in Duhok particularly.

Objective: The study aims to determine the prevalence and risk factors of LTBI among HCWs in Duhok Province, using the IGRA -Quantiferon Tb Gold plus, and furthermore, to identify and to manage HCWs with LTBI.

Methodology: The study was carried out between april and July of 2018 in different health care facilities of Duhok province. HCWs at multi-levels were selected by non-systematic random sampling method and a standardized questionnaire was used to collect information on demographic and associated risk factors for LTBI. Thereafter, all HCWs underwent QuantiFERON Gold Plus (QFT-Plus) assay. HCWs with indeterminate QFT-Plus underwent TST. HCWs with positive results were further evaluated by smear microscopy investigation, and chest x-ray examination.

Results : 400 HCWs were participated in this study, but 5 had been excluded for having indeterminate results and refuse to follow up, therefore only 395 were enrolled , 49 (12%) had positive test for LTBI. The mean age of the HCWs was 33.4 ± 9.25 with a female predominance (51.1%). According to the univariate analysis, LTBI was significantly higher among HCWs with the followings: age groups ≥ 30 years, alcohol intake, ≥ 11 years of employment, high risk stratification workplaces, and medical doctors. In the multivariate analysis, age group of 30-39 years (OR: 0.288, 95% CI: 0.105-0.794, P value: 0.016) was the only risk factor associated with LTBI. Further medical investigations did not reveal active TB cases among HCWs with LTBI. With regards to prophylactic treatment, 31 (63.3%) LTBI HCWs accepted the treatment, whereas 18 (36.7%) declined the chemoprophylaxis. Of these 31 HCWs on chemoprophylaxis, 12 (38.7%) received Isoniazid (INH) for 6 months, 17 (54.8%) received INH in combination with rifampicin (RMP) for 3 months, and 2 (6.5%) received alternative therapy, fluoroquinolones (FQs) because of anti-TB drug intolerance. The overall completion rate was 67.7 %, the INH, INH/RMP, FQs completion rates were 41.6%, 82.3%, 100 % respectively.

Conclusion: In conclusion, although Iraq is a relatively high TB burden country, the prevalence of LTBI among Duhok HCWs is relatively low. It is important to screen HCWs in Duhok for LTBI particularly medical doctors, young adults, alcoholics, and those whom had a long duration of employment in high risk workplaces. The acceptance rate of HCWs with LTBI to chemoprophylaxis was low. Therefore, ensuring medical efforts to educate the healthcare staff particularly, non-professionals are a priority to encourage chemoprophylaxis acceptance.