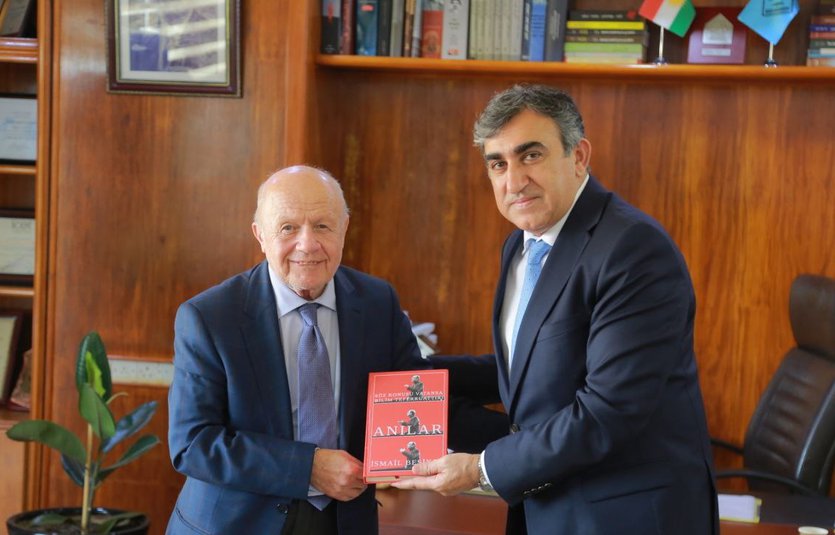 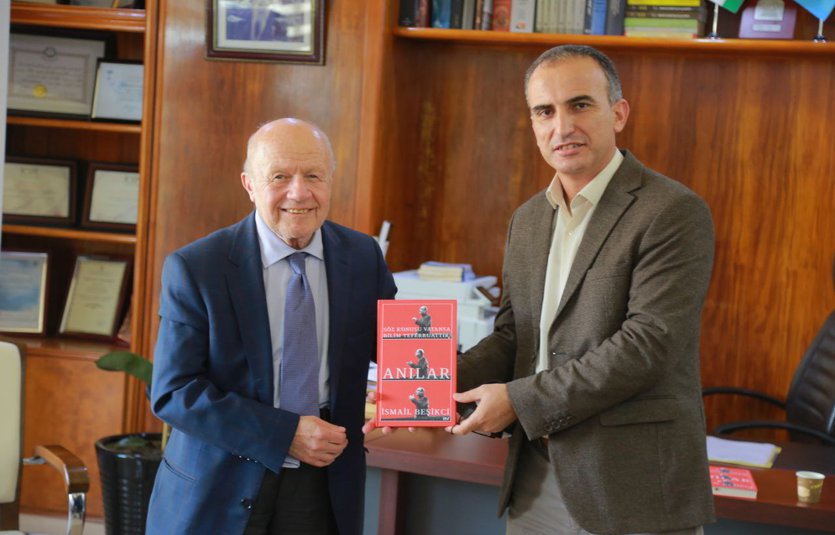 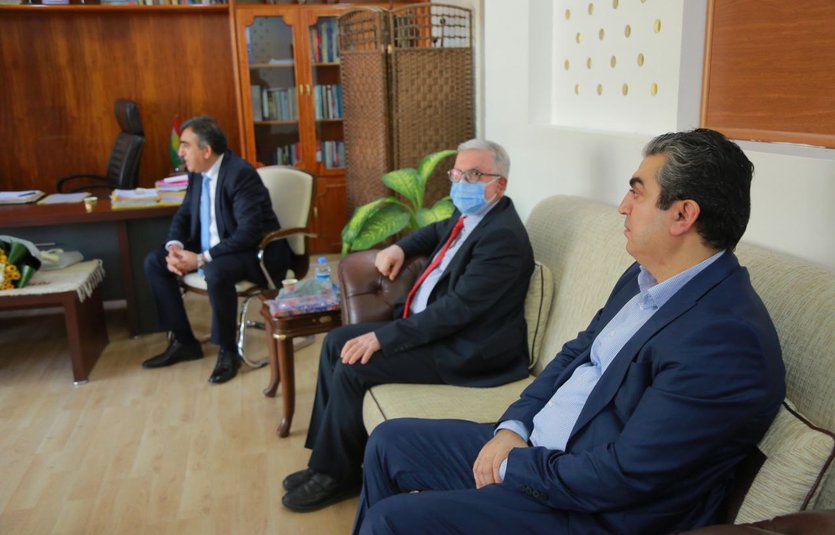 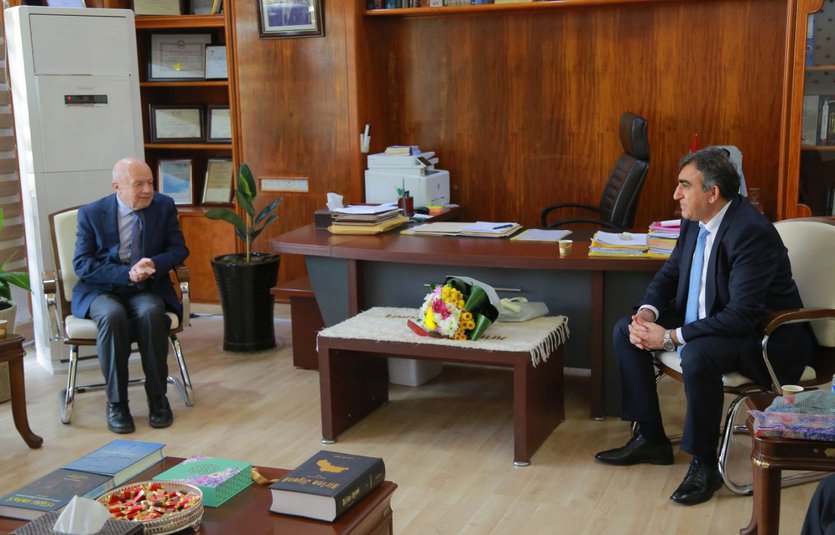 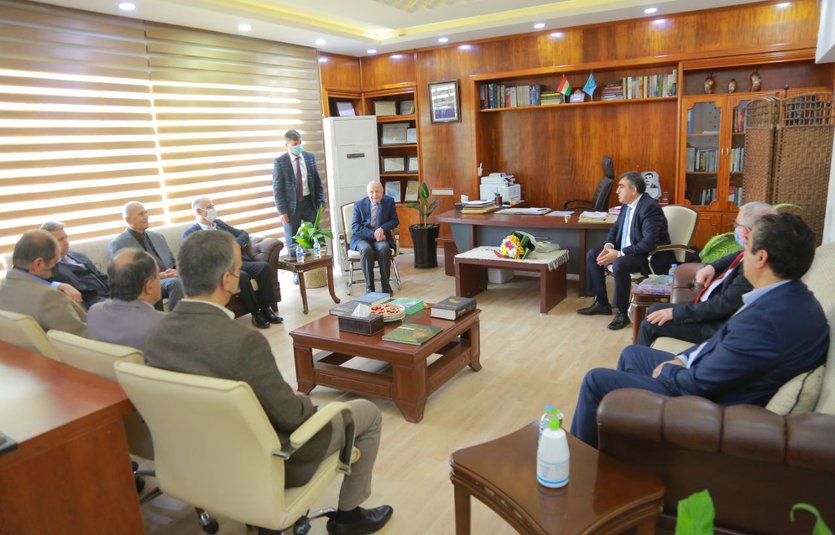 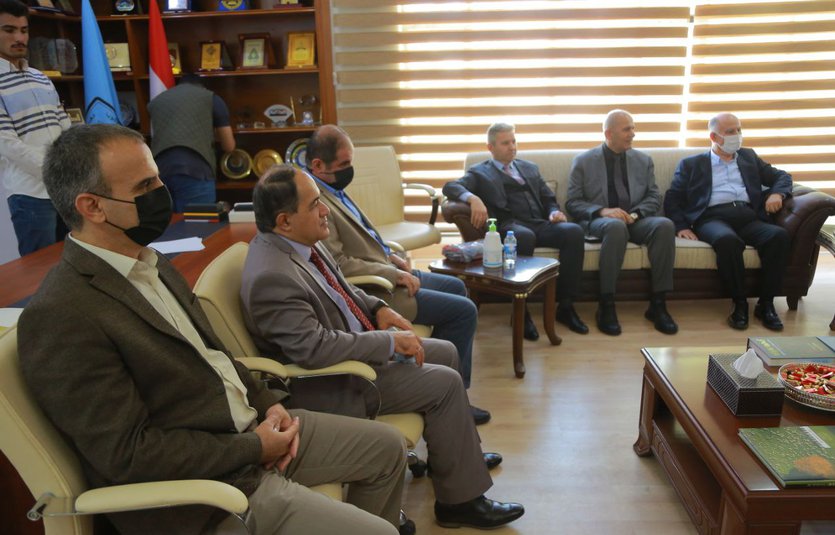 In his congratulatory visit, November, 4, 2021, to Dr. Dawood Sulaiman Atrushi on his new post as the UoD President, Dr. Ismail Beşikçi, the Turkish sociologist, writer and loyal friend of the Kurdish people was received by Dr. Atrushi, his two vise-presidents, Mr. Ali Awni, the official of the 8th branch of the KDP in Zakho, Dr. Neshwan Shuki, the manager of the Beşikçi Center for Humanity Research (BCHR) in the University of Duhok as well as Dr. Farhad  Ameen Atrushi, former governor of Duhok province.

In the meeting, Dr. Atrushi welcomed Dr. Beşikçi and asked his opinion about the role of the various universities in Kurdistan Region in the introduction of the Kurdish cause to the world. In response, Dr. Beşikçi explained that the neighboring states are doing their best to hinder the development of the Kurdish Region and, hence, it is essential for the universities in Kurdistan to pay their utmost effort to face such increasing difficulties and resolve lingering issues using scientific methods. Dr. Beşikçi added that he has a deep respect for the University of Duhok and its initiative role in the establishment of a Center of Humanity Studies and for naming it after him. He also stated that more research is needed and that the Kurdish unity and uniformity should be reflected in this body of research.

Dr. Atrushi explained that “the University of Duhok has a lot of respect for Dr. Beşikçi and confirmed that the university will continue to show its support for the Beşikçi Center and will do all the required action to arrange for the meeting between Dr. Beşikçi and the Minister of High Education and Scientific Research in Kurdistan Region. At the end of the meeting, Dr. Beşikçi offered copies of his most recently published book to Dr. Dawood Atruchi, Dr. Muslih Duhoki, former UoD President and Dr. Farhad Atrushi.